Today, every major news outlet in the United States reported on the largest math achievement declines in our nation's history.  Math Shelf can help turn around these dismal results by preparing preK, TK and Kindergarten students for future math success.  Read the headlines below, but more importantly consistently implement Math Shelf in your classroom to help your students recover from the pandemic's math learning loss. 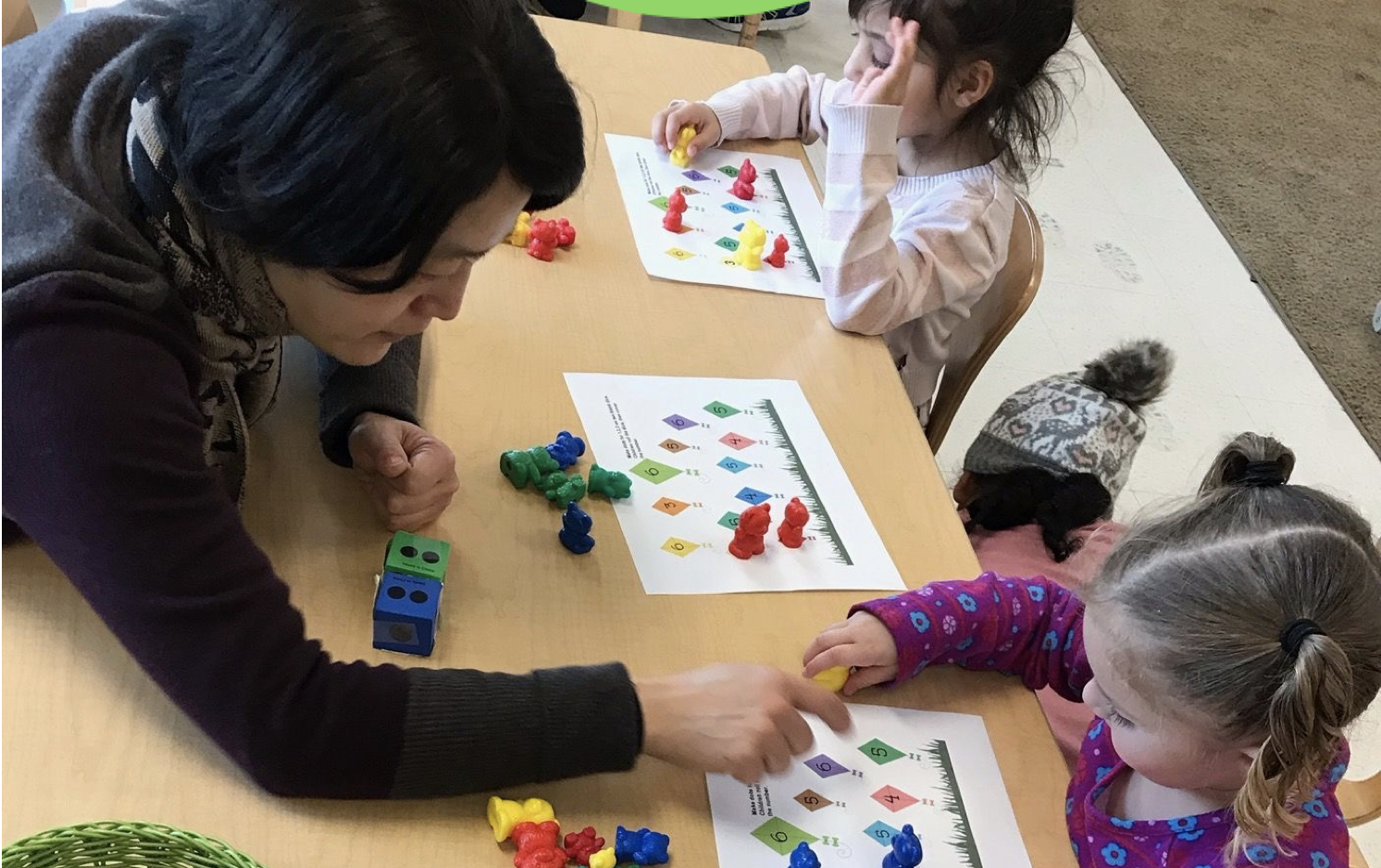 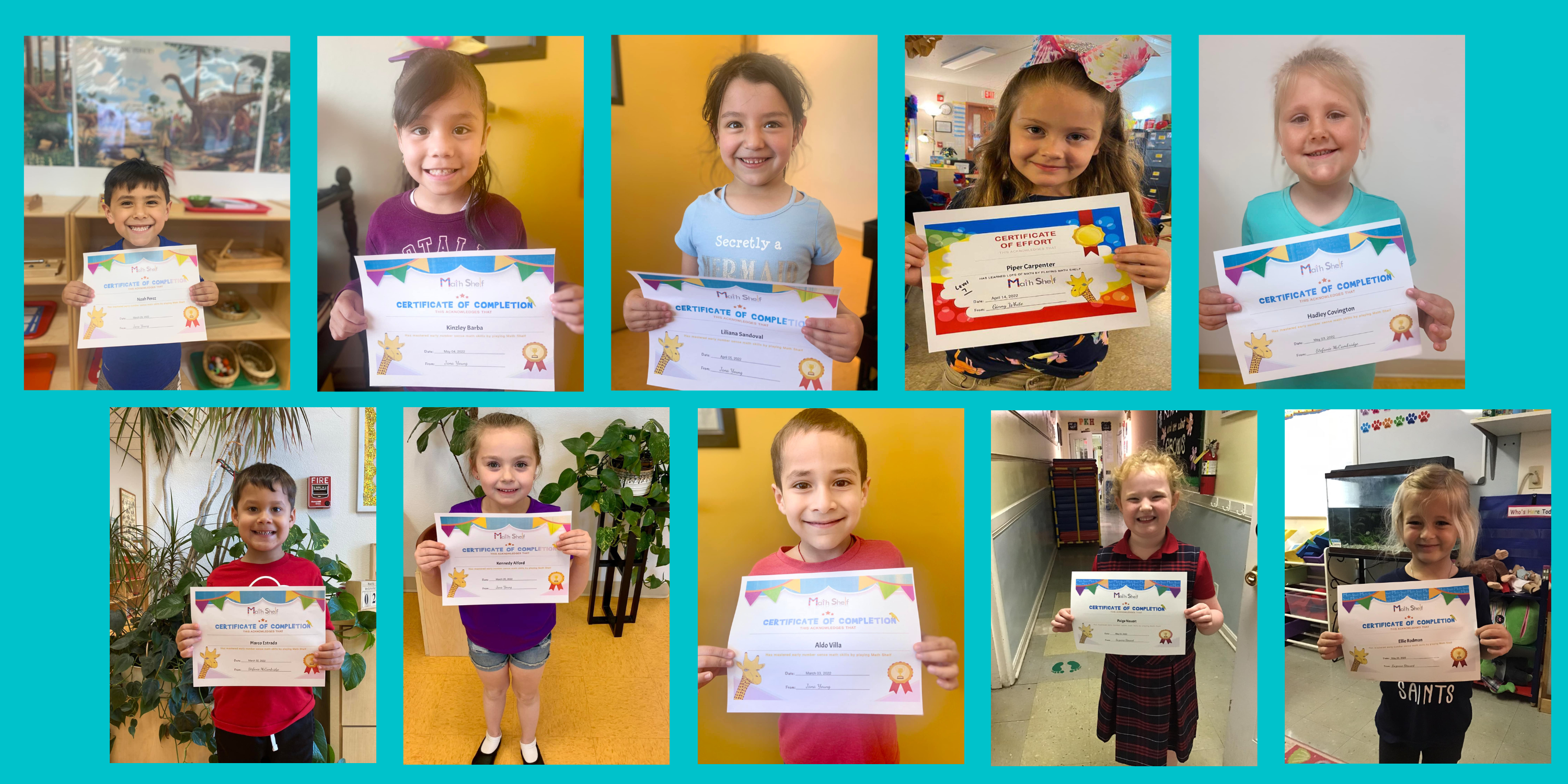 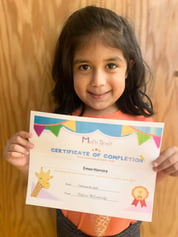 At Math Shelf we believe in rewarding students' effort. Throughout the school year, we encourage teachers to celebrate student success with Math Shelf Certificates!  Recognizing your students helps them and their parents feel proud and excited about learning. 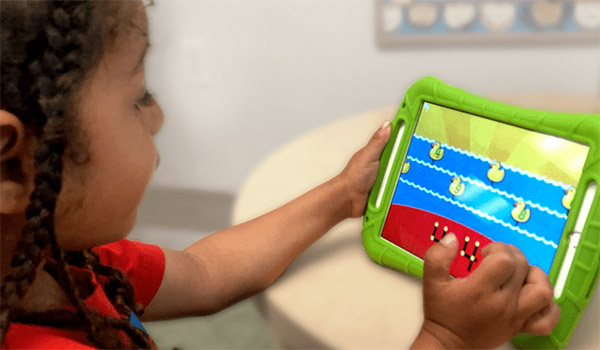 But the most important thing that we have not read in reviewers' articles is that children that play Math Shelf learn 2 years of math in just six months.  Math Shelf is the only tablet math program, proven through three peer-reviewed published research studies, that eliminates early math achievement gaps.

Encouraging family engagement is one of the best strategies to improve children's achievement in school.  Across fifty studies, researchers have found strong connections between family involvement and student learning.

At Math Shelf, we value parent involvement.  That's why we developed Math Shelf Report Cards. These PreK & Kindergarten report cards inform parents of their child's math knowledge throughout the school year and provide parents with math activities to work on with their child at home.

In 1956, Harvard Professor George Miller published a landmark study called, The Magic Number 7 Plus or Minus 2.   Miller's study found that the average person can remember about seven new things at a time, and that 95% of people can remember between 5 and 9 new things.  This idea is often overlooked when teaching young children their numbers.

Math Shelf is a tablet-based preschool and Kindergarten math program that provides over 1,500 sequenced math games and activities rooted in Montessori instructional approach. The curriculum is accessible to children as young as three, and covers math topics through first grade.

Math Shelf was developed to eliminate early math achievement gaps by providing high-quality math learning opportunities for low-income children.  Research shows that proficiency in early math skills is critical for children's long-term school and life success. However, the majority of low-income children start kindergarten one year behind their peers in math, and this achievement gap widens to 2.5 years by fifth grade.[1]  If educators work to eliminate early math gaps (in pre-K and Kindergarten), we'll reduced time and money spent of later interventions and put many more children on the path to school success.

Studies were conducted in organizations serving low-income students, and included primarily Black and Latinx populations. While effect sizes were uniformly large (ranging from 0.57 to 1.53; 6 months to 1.5 years more learning than controls), variation is likely due to study duration and implementation fidelity. Of particular interest is the finding that initially low performing and minority students made the greatest math learning gains. Table 1provides a summary of Math Shelf’s empirical results: